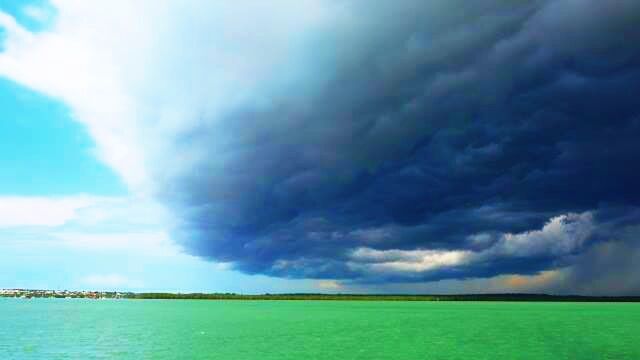 The wet has definitely arrived. Downpours during the night resulting in lush, green gardens. The aroma of mangoes in the kitchen and lightning shots all over Facebook are all signals that we are in the thick of another wet season. At Stokes Hill Wharf things are quieter, some of the sunset boats are in mothballs, and others are getting some TLC. The beautiful pearl lugger Streeter, as an example, is being treated to a new 1280 metres of corking on her deck. While the throng of visitors on Stokes Hill Wharf has reduced to a trickle, for Sea Darwin it’s business as usual with all our Darwin Harbour cruises available at different times during the week.

There is a myth that there’s not much for visitors to do in Darwin in the wet season. It is a myth, and we have dredged up an article written by David May in 2011 in which he pens about experiences of visiting Darwin during the season known as Mango Madness. The article tracks his activity and gives a good insight many unique, Top End experiences available during the quieter months. We particularly like his description of his Sea Darwin cruise:

…At the Waterfront Precinct I joined Jim Smith for a one-hour Sea Darwin Eco Tour of Darwin Harbour and its backwaters, traditional land of the Larrakia people, custodians of the Top End saltwater country.

We cruised past elegant looking harbourside apartments that would have cost an arm and a leg, past the slipways and a border protection tender and through a yacht anchorage where it costs yachties $10 a week to live side by side aboard anything from a crumbling a old sloop to a million-dollar catamaran.

We passed an Indonesian prahu and a dodgy-looking boat without a motor made entirely from recycled materials that had recently been to Africa and back and which the locals have dubbed “The Coffin”.

Motoring into Sadgroves Creek, sea eagles, egrets and a lone brahminy kite wheeled and squealed above the mangroves which the Larrakia people consider their bush tucker “supermarket” where they gather periwinkles, scallops, mud whelks, mussels and elongated, conical-shaped molluscs known as long bums.

There are 22 crocodile traps in Darwin Harbour set to control the estimated 1,000 saurian population and on average they catch one every day.

Back on dry land, I headed into town…..

The rest of David May’s article is well worth a read. Throwing myth to the wind, he articulates that Darwin, in both the wet and dry seasons …. is no longer the sole preserve of stubby-clutching bogans in shorts and thongs falling about on the streets with more alcohol than blood in their veins…but is a place rich in history, culture and modern day intrigue, and where there are things to do, even when the locals are in the grip of Mango Madness.